During mid October, the annual Board meeting for the International Biochar Initiative took place in Nanjing, China, and I was fortunate enough to be able to attend.  Prof. Genxing Pan, a member of the IBI Board hosted two full days of IBI-Board meetings and then invited all Board members to speak during the opening day of the China/ASEAN Technology Training on Biochar and Sustainable Farming. One afternoon, meeting participants were treated to a fieldtrip in the country to visit biochar trials on rice paddies. Trials compared conventional chemical fertilizer with treatments using the same but lower dosed fertilizer with biochar and one treatment with a new “biochar compound fertilizer”.  Though harvesting is only a few weeks away, it was hard to see any substantial difference between the treatments, which may indicate that the amount of chemical fertilizer might be reduced thanks to the combination with biochar.

The overwhelming focus on biochar research in China, at least the work being done by Nanjing Agricultural University (NAU), is focusing on remediating environmental toxins, largely cadmium, lead, and arsenic which have polluted nearly 20% of agricultural land in China (see map here).  Efforts to identify point source pollution as well as contaminated soils are sensitive as companies that pollute may be required to pay clean-up costs and farmers growing crops on contaminated land may have difficulty selling their produce.  While Chinese biochar researchers have demonstrated that biochar can improve rice yields and reduce methane emissions related to rice paddies, a far more pressing benefit could very well be biochar’s ability to improve food safety as the health impact of contaminated produce can range from nosebleeds to leukaemia. 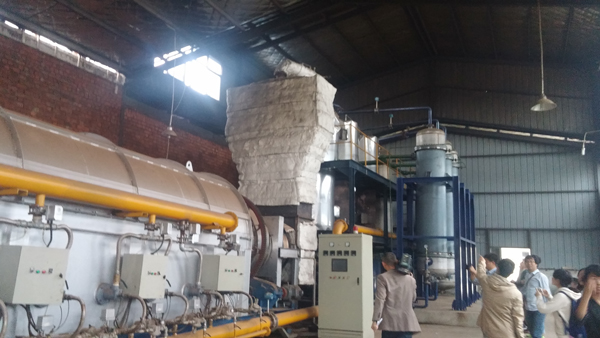 Pilot pyrolysis unite of the University of Nanjing processing up to 2.5 tons of feedstock per hour.

Multi-year biochar trials being conducted by NAU assess biochar’s impact on heavy metal availability, crop yield and GHG emissions.  The trials are part of a multinational collaboration of biochar trials under the ‘Biochar for Sustainable Soils’(B4SS)  project which will be synthesizing and sharing information and results from biochar trials in China, Ethiopia, Indonesia, Kenya, Peru, and Vietnam.

As with other rapidly industrializing nations, soil pollution is not the only ecological issue China has been struggling with in recent years.  Both air and water pollution are also receiving substantial attention and funding from the government.  In an effort to reduce air pollution, burning of rice residues husks and straw as well as other agricultural residues, has been banned, though such regulations are often ignored due to lax regulatory oversight. With estimates of unused agricultural residues in China at nearly 800 million tons/year, the potential for both cleaner air and reduced GHG emissions is huge. 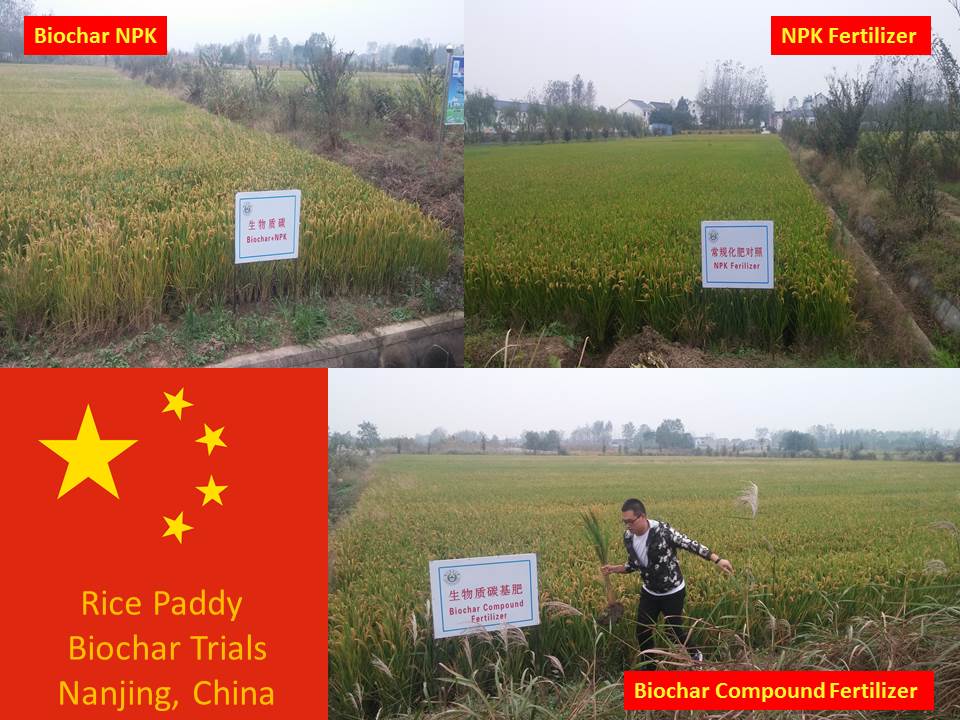 Given the potential health impact on consumers, standard cost benefit analysis for biochar use assessing only the cost of biochar versus its impact on yield would mask the probable main benefit:  Biochar’s long-term efficacy in immobilizing toxins must be compared to other remediation technologies (e.g. incineration of toxic soil, phytoremediation, use of CaO, etc.) and then combined with the yield impact, the reduction in fertilizer use, another goal of the Chinese government, GHG reductions, air quality improvements, and the impact of other co-benefits of biochar production (e.g. renewable heat, syngas, wood vinegar). Only this holistic perspective will provide a true assessment of the best means of remediating soils, improving food safety and security and help China to meet its GHG reduction targets. 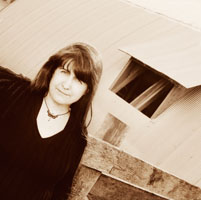