Trees not only produce timber but animal fodder, nuts, fruits, pharmaceuticals, essential oils... but  shade, nitrogen and carbon. No heavily degraded soil can be regenerated and made fertile again without the planting of trees which will help to recycle scarce water and activate soil biology.

Agro-forestry systems are not dense forests but should be seen as crops that transform the surface of an agricultural field into a much more efficient multistory eco-system. The trees provide understory surface for annual ground crops while the mid- and overstory grows with perennial crops. Adapting to the effects of climate change, such agro-forestry systems are not only much more resilient than traditional field agriculture but provide much higher food and economic security especially in the tropical and subtropical regions.

However, to establish highly productive agro-forestry systems on degraded land and especially in dry climates, a systematic approach, which considers ecological, economic and cultural aspects, is necessary. While the main technical methods to establish agro-forestry systems even in the Sahel have been proven by now, the main challenge is how to implement it socially into existing farming practice. Farmers will not only have to learn new practices, but also see for their own eyes the actual benefits and understand how these changes can improve their family’s lives in a material way.  Only then will they be convinced to adapt their entrenched agronomic practices and assure the long-term success.

Using a farm scale device to carbonize crop waste, animal bones, invasive shrubs and later also agro-forestry residues, a substance called biochar can be produced. Biochar is a highly porous material that can be enhanced with nutrient rich organic liquids like animal or human urine to become a highly efficient organic fertilizer. The biochar holds the organic nutrients in place and prevents fertilizing substances from leaching and being lost. Thanks to this method the amount of applied fertilizer can be reduced, mineral fertilizer can be replaced and crop yields substantially increased. Farmers can thus produce their own fertilizer becoming increasingly independent from imported fertilizer and pesticides.

Thanks to biochar based fertilizer and soil substrates plants not only grow better and are more resilient during extended dry periods, it also increases the plant survival rate especially during reforestation of degraded land. Thanks to improved tree growth, one kilogram of biochar carbon can lead to the capture of an extra 40 kg of atmospheric carbon which is marketable in the form of carbon credits as a global commodity and could provide extra income for farmers in addition to all the economic and ecological advantages of climate farming systems. 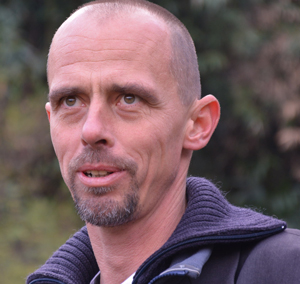