Terra Preta Smoothies for the garden

Procedure: Mix everything well using a blender. Once blended, pour through a strainer to separate liquids from solids (aka ‘smoothie’). Pour the liquid directly on top of the garden bed. Gently mix the smoothie into the soil underneath the mulch (if present) and close to the roots to best nourish plants, being careful not to disturb them unnecessarily. 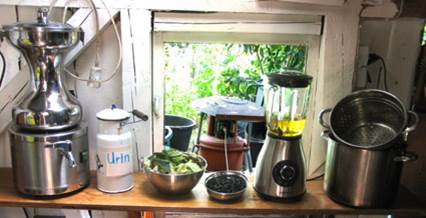 After only a few days following the application of the smoothies the garden was teeming with earthworms, woodlice, centipede and all manner of other little helpers for the soil.  The result: beans and squash and zucchini grew like crazy!  The tops of my gourds grew from Wednesday to Friday, within only 48 hours, almost 48 centimeters. That is nearly a centimeter per hour!  So you see why the idea about biochar mixed with cattle urine did so very much excite me.

The other day an organic farmer from a local Community Support Agriculture (CSA) farm came to visit and I showed her the Terra Preta smoothies.  She wondered why I had so little slug damage. At first I assumed that more vigorous plants resulting from the use of this modern day version of Terra Preta, could somehow fend off these invaders.  But another explanation dawned a few days later: among the large pumpkin leaves were two large hedgehogs - known consumers of snails and slugs – but previously not a common sight in my garden.

I was so happy about the emergence of the hedgehogs! Along with the ensemble of both songbirds and butterflies - all of nature seems to flourish. Could this be just because the soil is healthier? In the absence of any other recent changes to my garden, it seems quite a possibility.

Good luck and greetings to your great friends in Nepal,
Warmly, Rainer 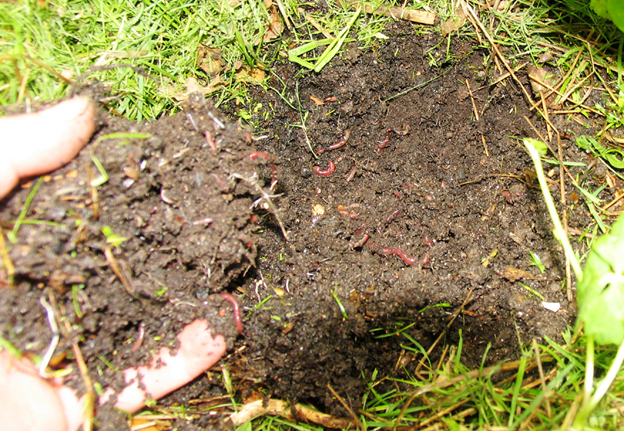 Terra Preta Smoothies for the garden