What if there was a relatively painless way for you to offset your entire year’s carbon footprint?  Would you do it?  What if this method entailed several days of brush clearing & charring but might also include barbecues with friends or perhaps even a free way to heat a hot tub? And what if, at the end of each day of ‘work’, you had a load of biochar which could be put to a growing number of beneficial uses?

My wonderful friend Marty has set himself the goal of making enough biochar to offset his personal carbon footprint.  In addition he has found worthy and willing homes for the biochar at neighboring farms and has provided basic biochar education to facilitate trials.

Inspired by his example, we did a bit of back of the envelop calculating to understand how offsetting might work with a single Kon-Tiki Kiln.  With each full burn generating close to 300 kilos of biochar at roughly 90% carbon content (varies by feedstock), nearly 1 ton of CO2 equivalent could be generated using a single kiln in just one day.  Making that much char requires more than a ton of feedstock which might seem like a lot, but one thing I’ve learned is that there is no shortage of biomass in America.

It would take just 18 days to offset the average American’s annual carbon footprint. So for those of you that want to put a real dent in your emissions, consider hosting monthly “Char-B-Cues” with your friends and family.  Or perhaps you could barter a day of charring craft in exchange for a share in a CSA or locally made beer or wine. You’ll not only discover the secrets of a smokeless burn, but chances are your social life will begin to flourish!    - Kathleen Draper 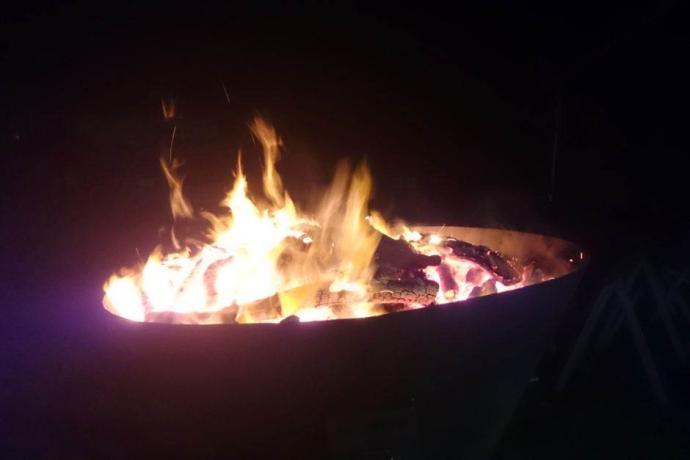